Built on the foundations of DBA's T2 slot, the T3 slot design features additional, precise, CNC machined tri-symmetrical slots, resulting in an even quieter, more responsive and smoother brake pedal feel. The T3 slot increases the number of exit points for brake pad friction dust and gases to escape through, further increasing the consistency and effectiveness of every brake stop.

To ensure correct compatibility we always recommend comparing your existing brake discs to the measurements provided in the Specifications tab. Vehicle fitment provided is to be used as a guide only and may not suit your vehicle.

In addition we recommend checking the DBA Part Finder to see if there may be multiple brake rotor options for your car:

Vehicle fitment in this listing is to be used as a rough guide only and may not suit your vehicle. Returns/Exchanges will incur restocking and freight fees or may be denied in certain circumstances. 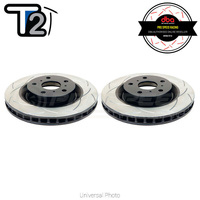 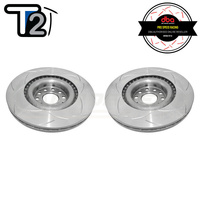